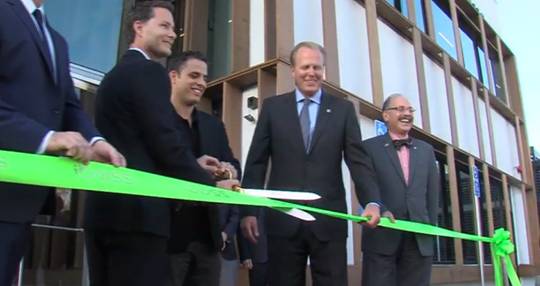 Mayor Faulconer said, “Over the past several months, we have been cementing our reputation as a world-class leader in innovation. As mayor, I know that if San Diego is going to be a beacon of global innovation and opportunities, we need to support innovative companies like iboss to succeed. I want to make it easier for more world-class cyber security firms like iboss to call San Diego home.”

Paul Martini, CEO and Founder of iboss said, “We’re extremely excited to open our new global headquarters in San Diego which demonstrates how far we’ve come since we first launched here more than 10 years ago,” “San Diego is quickly becoming a hub for cybersecurity companies and that means the infrastructure and talent is in place to enable us to continue to grow here.”

Mark Cafferty, President and CEO of San Diego Regional EDC said, “While iboss has undoubtedly played a critical role in the world  of cybersecurity, it’s also been a great story for San Diego’s  innovation economy and global presence. iboss is showing that San Diego is a place where investors and companies can profoundly succeed in cybersecurity, technology and innovation.”

As a way of growing the region’s innovation economy, the City of San Diego’s development services division and economic development department worked in lock-step with iboss throughout its expansion, shepherding the company through the permitting process. The San Diego Regional EDC acted as liaison between the City of San Diego, the State of California and other entities to help the company through the process.

Recently ranked by Deloitte Technology as one of the fastest-growing technology companies in North America, iboss Cybersecurity is heralded as the only company that can detect and contain large data breaches before loss occurs. iboss is also internationally recognized for its patented technology that automatically detects malicious data transfers before hackers can steal large amounts of sensitive information.

According to a 2015 economic impact study conducted by  EDC, iboss has a $59 million economic impact on the regional economy. With its new expansion, the company will directly employ approximately 270 workers. The company’s hires spur additional economic activity throughout the San Diego. In other words, for every ten jobs iboss creates in San Diego, an additional 13 new jobs are created in the region. Over the past three years, iboss has grown by more than 1800 percent and was named one of the fastest growing technology companies by Deloitte in 2014. The firm’s 4,000+ enterprise clients include Xerox, Sears and the U.S. Department of Interior.

iboss hosted a ribbon cutting ceremony for its new global headquarters in Sorrento Mesa. The 43,000 square-foot will house a new iboss threat research center, which identifies new malware and viruses that threaten computer networks. The iboss office builds on the company’s commitment to the San Diego community and highlights the growing cybersecurity industry in the region.  iboss is also partnering with the nearby University of California-San Diego Supercomputer Center to develop an internship program that will provide the company with a rich talent pool of qualified graduates. 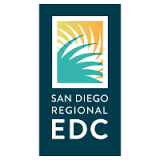